These beautiful fish occur in every river and stream that we fish. Dolly Varden char (Salvelinus malma) are often confused with their close relative, the Arctic char (Salvelinus alpinus). The slight difference in appearance between the two can at times be puzzling, but they are different species and can be differentiated by external characteristics or by the habitat in which they occur. The common anadromous (moving between salt and fresh water and spawning in fresh water) char in western Alaska is the Dolly Varden.

We have large populations of anadromous Dolly Varden in this area. The fish range in size from 16 to 24 inches, with occasional fish reaching 30 inches in length. Young Dolly Varden live in freshwater for their first three years and then begin a migratory lifestyle moving to sea in spring and returning to freshwater in the fall to spend the winter. Upon reaching sexual maturity, many fish will not migrate, but remain in rivers to spawn in September or October.  Arctic char, while present, only reside in a few of our mountain lakes.

Sometimes Dolly Varden will follow salmon upstream from the sea in order to feast on their eggs that fail to be fully deposited in the stream bottom. They also feed on newly emerged pink salmon fry in the spring as they move toward the sea.

The Dolly Varden is sought after by fly-fishermen for its beautiful colors, which can vary from bright silver with pink spots, to a darker shade with pink spots and a red belly. When you hook into one of these fish, it will give you a fight worthy of a fish twice it’s size. Watch out for their infamous roll, or they will quickly twist your line around themselves, break it off and be gone. In early summer bring plenty of nymphs, woolly buggers, and fry imitations: later in the summer fish with egg and flesh patterns. 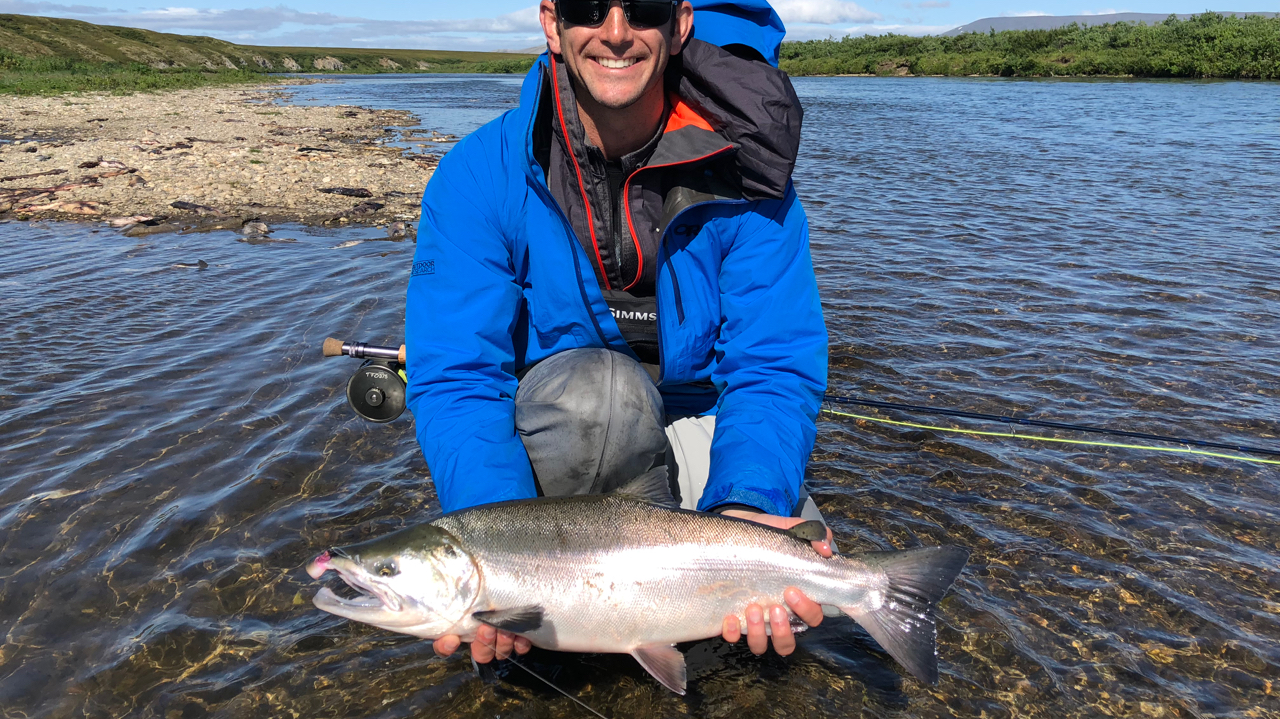